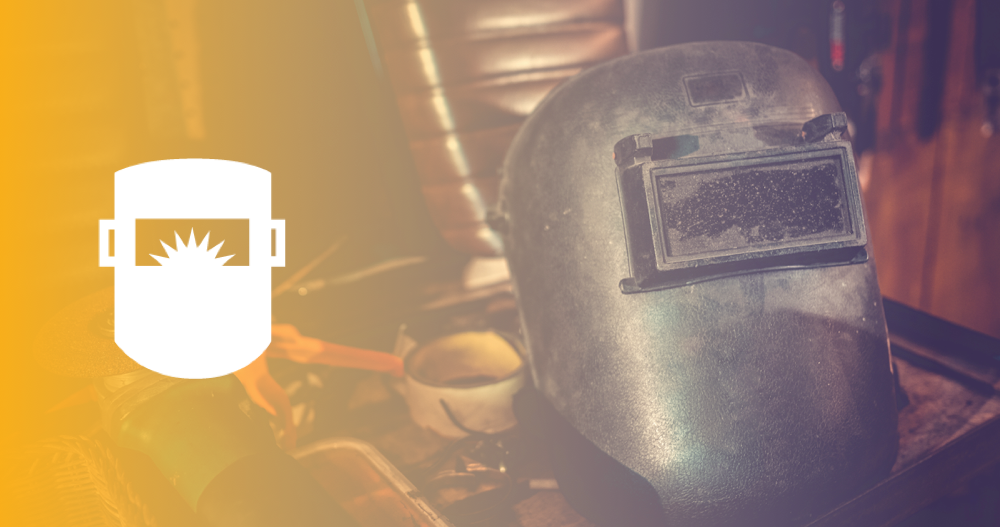 What do these items have in common?

Stumped? That’s understandable. Because the one ingredient all these items share is a welder named Steve Leach. Make that custom welder Steve Leach.

Get Into Custom Welding

Perhaps few welders have taken welding to the level Steve has throughout his life—and, in recent years, with his son, Jackson, also a custom welder. The two represent generations three and four of four generations of Leach welders.

Every day, in their Lake Orion, Michigan shop, Steve and Jackson work on whatever anyone might need in welding services.

Exactly how that has led to public sculptures, street rods, and the rest of the list, began when Steve was a kid, in the 1970s, watching his father, Carl, in his professional welding role.

“My father was very advanced in the trade,” Steve says.

The emphasis for the young Steve was less on watching, more on learning, Steve says, because “we were enlisted in the work, we just were doing it with my dad. He did almost every kind of welding, and his passion was street rods and motorcycles.”

Working on cool cars and hot motorcycles was a slam-dunk for a high schooler, especially one like Steve, who found books, tests, and classrooms nearly unbearable. Luckily, he says, what are now called Oakland Schools Technical Campuses (OSTC) offered vocational alternatives to students like Steve—and a chance to get out of class every afternoon.

Decades later, son Jackson, now 23, felt the same way. No one had to force him to take up welding.

“I just saw it from childhood,” says Jackson. “I didn’t really know what was going on, but I just listened, I picked it up. I learned what you could do with metal and combining different ideas. Eventually, I was thinking, ‘Wow, this is cool. This is my adrenalin rush. I love it.’”

Jackson also sought the OSTC path, and today, he’s a full-time, all-in welder. Sure, he says, not all projects are exciting, but, “I could be stuck in an office.”

It bears mentioning that both father and son were so proficient at welding when entering OSTC that both were asked to instruct other students.

Learn The Art Of Welding

As impressive as this history is, professional welding isn’t all Steve learned those years as a kid and teen. During that time, his father often had in his welding shop two renowned sculptors: Marshall Fredericks and Frank Varga.

Both artists, now deceased, had metro Detroit area studios. Growing up and hanging out with these men, plus his father, is what led Steve to learn custom welding—specifically, with sculptors. He ended up working directly with Varga for decades. Varga, who was commissioned for many public sculptures in metro Detroit, sought Steve as his custom welder.

Basically, Varga, created a sculpture in clay; Steve, and later, Jackson, finished the sculpture. The complicated process basically involves casting the figures via a “loss wax” method, which results in metal pieces that must be seamlessly—artistically—welded together for the finished product.

The Leach welders have put these educational experiences to great use. Two prominent works Steve, Jackson, and Varga produced in recent years are at the Orion’s Veteran Memorial in Lake Orion, Michigan: “Tears of Sadness and Joy,” and “War Dog Memorial.”

Both Steve and Jackson also worked on other parts of this park, such as railings, signs, and the “Freedom Wall.”

A Career With Side Projects

But back to the sewer and water pipes beneath the manufactured home park. In his late 20s, Steve discovered excavating. This was something that, unlike his welding projects, was comparatively mindless. This kind of work, “doesn’t have to be perfect,” he says, so it was kind of a break. Long story short, by age 32, Steve owned $2.5 million worth of excavators, bulldozers, and related equipment.

Today, Steve does little of the excavating work, but a variety of welding projects. He does auto and equipment repair work (thus the snow plow mentioned in the opening). With Varga gone, the sculpture work is on hold. But Steve continues to produce lots of all-metal art works, such as the “Welcome to Lake Orion” sign at the border of his home town.

He and Jackson both continue working on those custom hot rods and motorcycles. That is Jackson’s passion: engines—big or small. “I love that stuff,” he says. “My interest is crazy-cool hot rods and bikes.”

So, with one welder nearing, perhaps, retirement, and his son in the thick of what likely will be his life-long career, what do both men have to say to people considering this career?

Says Steve: “You’ve got to have some unbelievable drive. You have to be self sufficient and want to make it happen. You have to like it—the satisfaction of building something and standing back, and going, ‘Wow, that’s sharp.’ Like when you’re building a street rod—it’s rolling art.”

Says Jackson: “People have asked me, ‘What do you do in welding? Where do you start? What do you get out of it?’ I always tell them it’s time and dedication. You have to want to do it. In so many careers, people don’t necessarily want to do the work, but they have to make money.

“Yeah, you get dirty while you’re doing it, but you get to spend hours making this cool thing,” or using creativity to solve someone’s equipment problem.

Jackson emphasizes that you don’t need some special talent to pursue welding. “Anybody can do this—if they really want to.”

How Much Math Does A Welder Need To Know?

Previously... How To Get Your MIG Welding Certification Up Next... How Much Does Welding School Cost?