Home / Articles / The History Of Welding

The History Of Welding 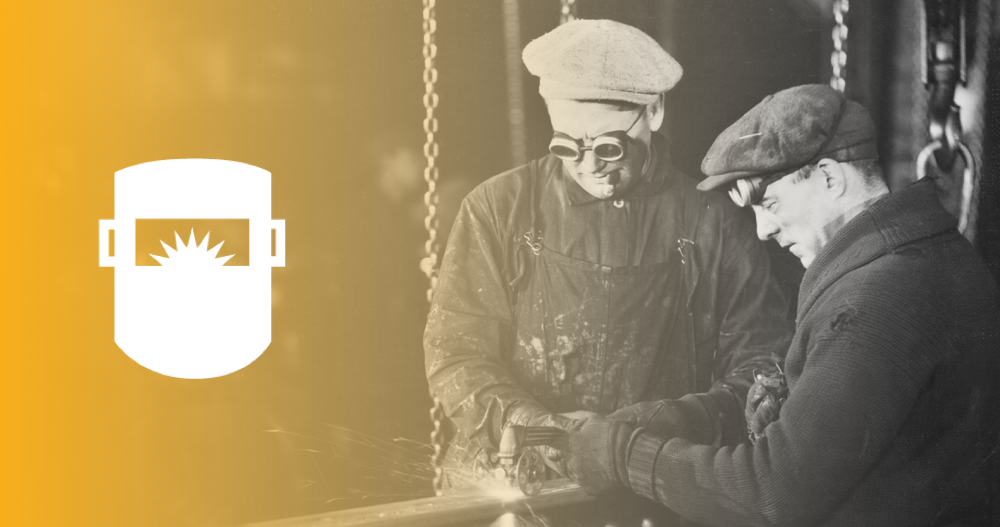 Welding is a method used to repair or create metal structures by joining individual pieces, using heat in a process referred to as “fusion.” In the past, the welding process only utilized open burning flames, but modern times have perfected the process through the use of an electric arc or, most recently, laser light.

Welding is an exciting and fun field of work with a very rich history. In fact, welding history goes as far back as 4,000 B.C. Welding originated from Egypt in an era known as the Bronze Age.

A factor leading to the evolution of early welding relates to the history of wars in ancient Egypt, when fighting was done with swords. Ancient civilizations had to design the strongest swords to help them win their battles. Copper was the first welded instrument, but eventually, it progressed to bronze, then silver, followed by gold, and finally iron. These metals were hammered down to mold various types of tools. That process remained unchanged until the dawn of the 19th century.

The Evolution Of Welding

During the 19th century, there were some important breakthroughs in the welding industry. This era saw the introduction of the open flames process in welding. This process of using acetylene in the open flames process facilitated the manufacturing and production of intricate and complex metal tools. Acetylene was discovered in 1836 by Englishman Edmund Davy. Another important introduction in the welding establishment was the invention of a battery-operated tool capable of producing an arc between carbon electrodes.

Want to join the field and add your own expertise and discoveries? Find a welding school near you to get started. Most students finish their training in as few as 10 months. You’ll be set with a career you love for the rest of your life.

Previously... The Future Of The Welding Industry Up Next... ​Passing The 6G Certification